How much do SIP compatible system really cost?

There tends to be some uncertainty about how SIP compatible phone systems work, and how much they cost. The common misconception is that they are simply more expensive than traditional phone systems, but we’re here to put that myth to rest. 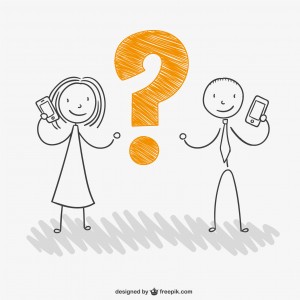 What does ‘SIP compatible’ mean?

Traditionally, phone systems have been designed and programmed to use traditional PSTN or ISDN phone lines to make phone calls. That was all well and good as the standard until VoIP and SIP  came along  (for the sake of this article, we’ll say they are the same thing), which both use the internet to make phone calls.

Even so, we’re here to find out if SIP phone systems are more expensive, so let’s cut to the chase.

SIP is simply an option on modern phone systems and some, like the Ericsson LG SBG-1000 pbx system, even include them at no additional charge.  The reason there may be any charge is because – no matter what type of phone system you’ve got – you’ll need a SIP license. Even so, they are relatively inexpensive.

But the reason we say that SIP phone systems won’t cost you more than a traditional pone system is because the savings delivered by SIP once you start using it are massive. It’s no exaggeration to suggest that you could potentially cut your phone bill in half. This is because call rates are cheaper and there are no expensive line rentals to pay your carrier.

For all intents and purposes a SIP phone system is simply a normal phone system with SIP capacity.  The key is to think of SIP as just another kind of phone line – once it’s set up and connected, everything will work in exactly the same way it did with PSTN lines.

All the systems features and functions are otherwise the same, so you’ll still get all your favourites like voicemail, auto attendant, hunt groups, and call forwarding (to name a few). And it’s still just as easy to manage; just because you’re getting SIP technology does not mean the system is more complex or difficult to use.

What about a Hosted SIP PBX systems?

Hosted PBX systems are slightly different again, but that’s got nothing to do with whether you’re using SIP or not- it’s more about the fact that there is no actual, physical phone system in the office.

The price of these varies dramatically between suppliers and is normally charged on a per handset/ per month basis.  The cost depends on the quality of the handset as well as supplier – it can be anywhere from $25-70 per handset/ per line/ per month.

Infiniti now provide Hosted Phone solutions in partnership with our preferred telco carrier, SpringCom. They tailor a cost-effective phone and internet services for your business. They also offer free programming to your Hosted PBX system for life, and have Australian-based tech team.

Traditional PBX systems and SIP compatible systems are generally the same price. The only difference would be due to the fact that SIP licenses have to be purchased. As we mentioned, many PBX providers actually offer the license at no additional cost.

If you’re looking for a phone system to use with SIP, it’s worth comparing traditional/hybrid systems with hosted systems. They will both actually function in the same way.

Before you purchase a system purely because you’re looking to use SIP trunks, have a trusted carrier complete a comprehensive phone bill analysis first. Then they’ll be able to tell you just how much you could potentially save. SpringCom offer this service for free, and you can get in touch with them on 1300 857 194. 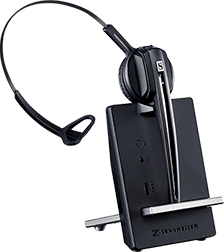 4 Steps To Easily Move Your Business To The NBN inc. Checklist

How To Move Your Business Phone Number In 4 Easy Steps

Book a Maintenance or Service Job

Call one of our friendly customer support members today

Have a question you want answered or looking for more information? We can help, fill in the form below and we will be in contact shortly.